How to Achieve Better Networking With Online Events 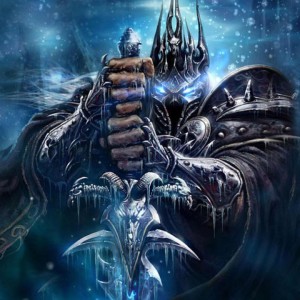 Networking isn’t always the word you associate with virtual events. Maybe because it’s a newer concept, or it’s hard to wrap your head around mingling in a virtual space. You might think that since it’s not a typical feature of virtual event platforms. It’s often perceived to be more difficult than in-person events.

Virtual events are not going away. According to Global DMC Partners, “majority of planners 72% are moving their events to a virtual or hybrid format.” Meaning, networking features on applications are destined to advance with a demand for virtual options.

During the pandemic, networking became impossible because of restrictions, but networking is essential for connecting with customers, clients, employees, and acquaintances.

Therefore, the pandemic shifted how we engage and network with people virtually and allowed companies to improve platforms to fit the demand of their audiences.

Here are a few ways to increase networking at your virtual event!

It’s essential to connect with others at events, and it’s a significant component of what’s appealing about in-person events.

Large companies can hold functions to unite employees to boost employee morale—many opportunities for career networking. Conferences with speakers and Q & A, often ending with social activities or opportunities.

How can you achieve this goal if everyone is spread out virtually?

According to a study, “81% of event organizers say that networking capabilities are a key contributor to audience satisfaction of hybrid events” (Markletic). This proves the importance of networking within an event of any kind.

A few options for online rooms are:

Let’s say you meet other people during the event. Or possibly before. If you all want a private online space to talk privately, it’s simple to make immediately. The benefit of a virtual space is the availability for space. You have enough private rooms and it’s a quick set-up.

Did you know that you can network similarly to speed dating? If you aren’t familiar, speed dating is a short allotted time frame to meet and then you switch partners until everyone has met. You can set up the same concept for speed networking. An option with several platforms.

With some platforms, you can have several rooms, created by AI technology that matches you with similarly minded attendees. You can have rooms that are matched up before the event and make it easier to meet others.

Networking rooms have revolutionized and transformed how virtual events can allow networking opportunities — no matter where you live.

We talked about online rooms in the last section but aside from allowing attendees to form their own online rooms, the event organizer can place the networking break in the middle of the program for social relief and to give everyone the opportunity to network and socialize.

We know networking is a priority for attendees. In fact, “80% of people join virtual events for educational purposes. The next biggest reason for joining virtual events is networking” (Markletic).

Since networking during virtual events is much different than in-person, having pre-planned networking rooms implemented in the program will encourage people to engage.

You can make time slots arranged by a specific category to mix up attendees.

The organizer can split the attendees up into separate groups and add icebreaker activities to encourage people to chat with each other.

With the features, live stream quality, and chat capabilities, you can incorporate networking as a main portion of the event.

There’s no question that typical webinar platforms won’t cut it anymore. The expectations continue to exceed with the innovation of virtual event features added to the possibilities. People want to engage while attending a virtual event.

In an article by Demand Gen, “To succeed in the virtual event market, 72% of respondents have adopted engagement tools and platforms to improve their event quality and reach” (DemandGen). It’s evident that people now expect networking and engagement features to be included in the program.

Depending on the platform you choose, you can offer features to encourage attendees to engage with each other to network.

When executing a virtual event, it’s crucial to consider what features will benefit networking. Using several features will give options to attendees to network before, during, and after the event.

Networking is the Answer

We know networking is a necessity for in-person and online events alike. The question is how it can be improved?

Based on the numbers, we can expect more money to be invested in virtual events. In fact, “55% of virtual event organizers plan to invest more in virtual events next year (2021)” (Markletic). Therefore, businesses should consider investing in platforms that provide ample options for virtual networking capabilities.

Since networking and engagement are necessary to a successful virtual event, therefore, it’s essential to invest in software that can provide the quality of networking as if it were in-person.

Speak to one of our experts today or book a demo

5 Ways to Elevate Your Next Marketing Pitch with Nunify Webinars